We came across many interesting and iconic places as we headed to Matara from Galle along the Matara-Galle main road. For someone who doesn’t plan on making any stops in between, the drive from Matara to Galle is roughly about an hour. You can take the highway if you want to get there faster, but for a more aesthetic driving experience I recommend the Matara-Galle main road.

Matara is a busy town, especially if you go there during the season. Ironically, this commercial hub isn’t exactly a tourist destination. But, there are a few attractions within the limits of this fast paced city. We, however, decided to drive through Matara and make our way to the first location in our list of places to visit in Matara.

We were heading to the Dondra Head Lighthouse; therefore we continued along the Colombo-Galle-Hambantota-Wellawaya road for about 6km and arrived in “Devi-Nuwar”. We used Google maps to navigate to the location, but there are signboards directing you to the light house. We were expecting to see the lighthouse from a far, and assumed that it would give us an indication that we were on the right path, but, on the by road that leads to the lighthouse, we were hardly able to spot it. But don’t worry, the signboards will get you there, without any problems! 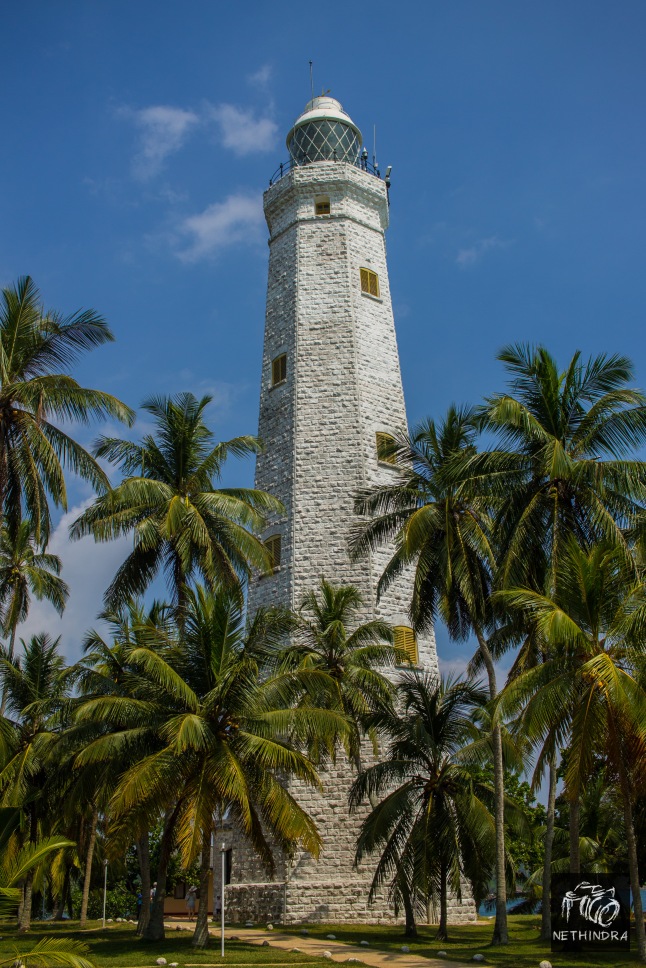 The 49 meter tall Dondra Head Lighthouse, consists of 7 floors. It was designed by Sir James Nicholas Douglass and constructed by the Imperial Lighthouse Service in 1890. Within the premises of the lighthouse you will find the southernmost point of Sri Lanka “Point Dondra”. The exact location is marked by the Department of Survey of Sri Lanka. The beach around the lighthouse is simply amazing! The beach is lined with rocks, so be careful when you head down to the beach. And when you’re on the beach, look back at the lighthouse; it’s as if you’re looking at a picture Postcard!

After the visit to the Lighthouse, we drove back to Matara town. Similar to Galle, Matara is home to a fort. Not as prominent as the fort in Galle, the Matara Fort was built by the Portuguese in 1560, and rebuilt by the Dutch in 1640. This fort consists of a large stone rampart built on the promontory that separates the Nilwala River lagoon and the sea.

The Dutch rebuilt the main Fort in 1640, but later realized that the fort was vulnerable to attacks that came from the land. This was proven by the attacks during the “Matara Rebellion”, when the fort was captured by the Kandyan Army led by Kirti Sri Rajasingha. After the Dutch regained control of the fort in 1763, they began the construction of a smaller fort on the east bank of the Nilwala River. Built in the shape of a six pointed start, the fort provides space for 12 large cannons that cover all directions of approach. The outer wall in 7.5 meters wide and is surrounded by a 6 meter wide moat which is roughly 3 meters deep. Yes, the Start Fort does have a draw bridge that needs to be lowered for those entering and exiting the fort to cross the moat. Kind of like the castles that we see in movies! The date of construction is embossed over the main gate, along with the insignia of the Dutch East India Company and coat of arms of the Governor. The British used the fort as an administrative office. Today it has been restored by the Department of Archeology and home to a museum that showcases the history of Matara. 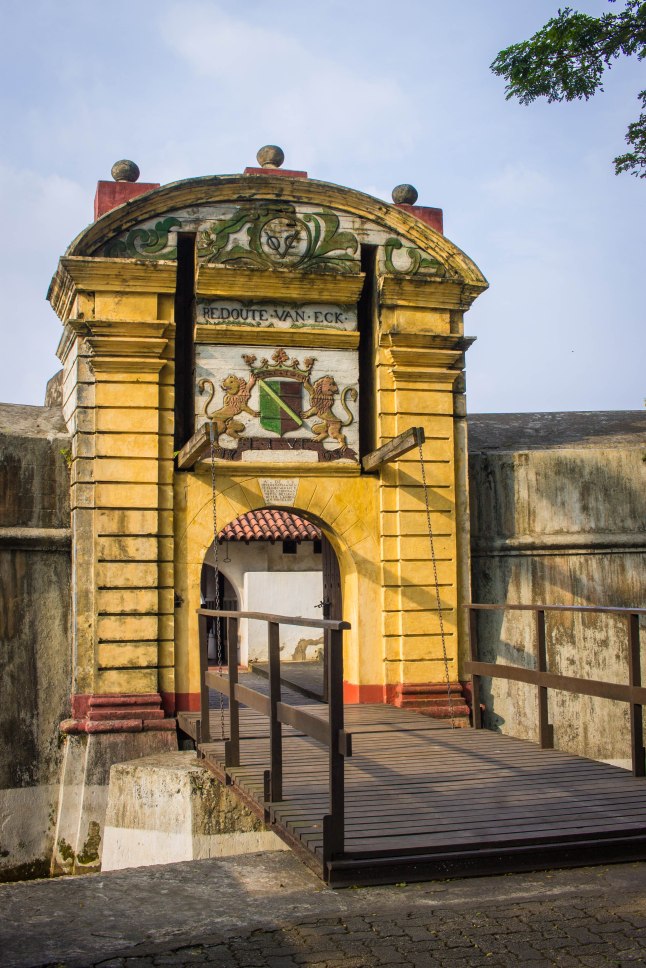 The main entrance of the Star Fort

The Weherahena Poorwarama Rajamaha Viharaya, is a quite an interesting Buddhist temple. You can turn off toward Weherahena on your way back to Matara from Dondra. Though this temple has no particular historical significance, it is said to be the first and largest tunnel temple in the world. The foundation for the tunnel temple was laid by the Honerable Anagarika Dharmapala in 1939. The paintings inside the tunnel depict scenes from various Jathaka stories. The tunnel is 600 feet long and divided into six sections.The temple is home to a colossal statue of the Buddha seated on a stage of lotus flowers.

Another popular temple, found within the limits of Matara town, is the Paravi Duwa Temple. Situated on a small island just off the coast, you need to walk across a short bridge to visit this temple. There is some construction going on in the temple at present, so we didn’t get a chance to visit the entire premises. Nevertheless, it’s a beautiful location and view point.

The best beach in Matara is the Polhena beach, a small sandy cove sheltered by a natural coral reef. The beach is safe for swimming all year round and happens to be popular for snorkeling. Turtles are regularly spotted here.

There was one last location on our list of places to visit in Matara. The Snake Farm in Matara, it’s actually closer to Weligama than Matara, lets you get up-close and personal with 20 different snake families found in Sri Lanka. Known as the center of conservation of Snakes in Sri Lanka, the snake farm is run by a third generation indigenous medic, who practices Aurwedic snake medicine. Unfortunately, we were unable to visit the Snake Farm as we were strapped for time, but I’ve read quite a few good reviews about this place, and is definitely worth checking out.

“A fortress doesn’t fall unless its towers are weakened.”
― S.R. Crawford, Bloodstained Betrayal